All along the Taff Trail there are some great places to stop off to admire views, to visit heritage sites and other geographical places of interest, as well as pubs, buildings, bridges and parks. Here, we bring all the points of interest that we have added to My Taff Trail.

Here's a list of our favourites shown in geographical order from south (Cardiff Bay) to north (Brecon).

Named after the Duke of Clarence, this modern crossing replaced the old swing-bridge that originally stood at this location. It joins the Grangetown and Butetown areas of Cardiff. 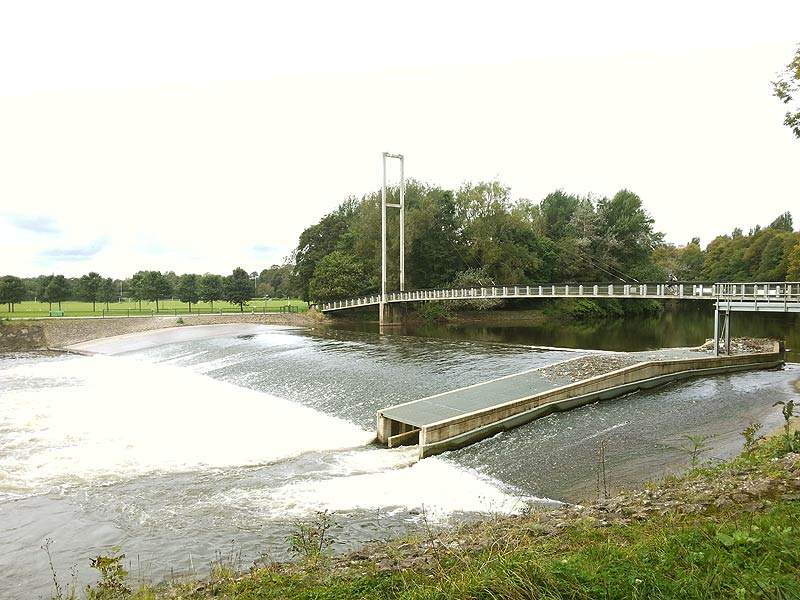 Blackweir Bridge connects the areas of Blackweir and Pontcanna. It is a white suspension bridge situated on the weir and fishpass.

The Blue Bridge is a passageway from the Taff Trail across the river to Radyr train station. It is situated a little way south of Radyr Weir.

Leading across the River Taff to Gelynis Farm and Radyr, the Iron Bridge offers great views across Tongwynlais and Castell Coch to the north. Gelynis Farm has a tea room that is open most days, although this is a slight diversion from the Taff Trail. Continuing a short distance further, safely crossing the railway and then either by means of the sports field or climbing the steep steps you can reach the Ty Nant pub which has larger beer garden than the Lewis Arms.

The Ty Nant is also a Brains pub and you can find more information here.

Built in 1866, the Cefn Coed Railway Viaduct was used to take the Brecon and Merthyr Railway across the River Taff. It was designed by A Sutherland and built by Savel and Ward. The span consists of 15 openings, each at a height of just under 12m. The viaduct spans 221m.

An unusual feature of the viaduct is its curvature as opposed to the normal straight span. It is Wales' third largest viaduct and cost £25000 to build.

If you know of any points of interest that you'd like us to include on My Taff Trail please let us know by using the contact form.